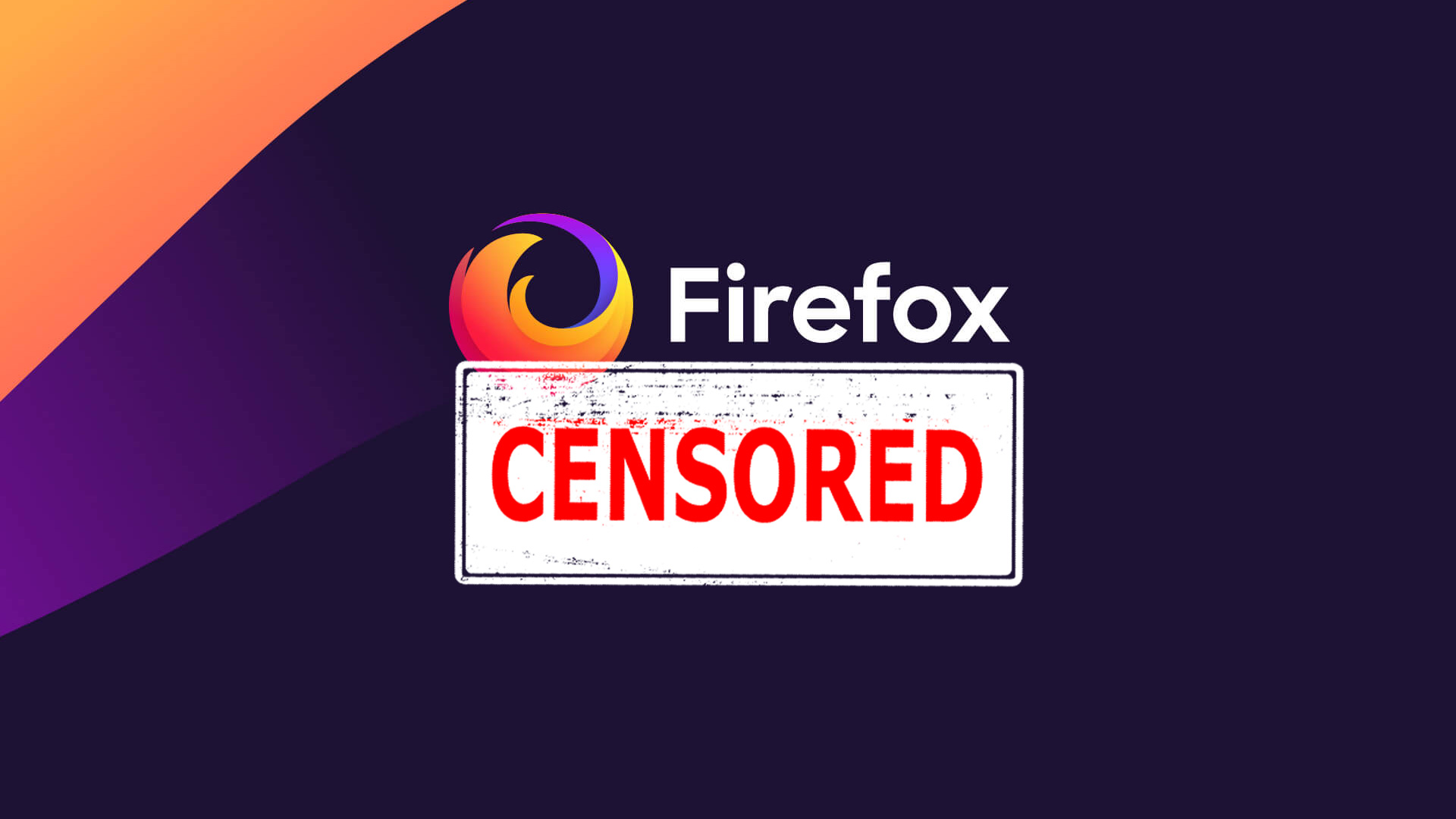 Banning President Donald Trump from social media while silencing his supporters who dare to object is simply not enough to stop “violence and hate” from spreading on the internet, according to Mozilla, the company behind the Firefox browser.

In an announcement, Mozilla expressed urgent plans to start filtering out “disinformation” at the browser level before it even has the chance to show up in an internet search or on a website.

Rehashing the same scripted lies about the “siege” and “take-over” in Washington, D.C., that resulted in a handful of people gaining access to the Capitol building on Jan. 6, Mozilla says every tool in the arsenal needs to be deployed to prevent “white supremacy” from being “reinforce[d]” online.

“… as reprehensible as the actions of Donald Trump are, the rampant use of the internet to foment violence and hate, and reinforce white supremacy is about more than any one personality,” wrote Mozilla’s Mitchell Baker.

“Donald Trump is certainly not the first politician to exploit the architecture of the internet in this way, and he won’t be the last. We need solutions that don’t start after untold damage has been done.”

Describing those who challenge fraudulent elections as engaging in “dangerous dynamics,” Baker says there is an urgent need to do “more than just the temporary silencing or permanent removal of bad actors from social media platforms.”

In order to prevent conservatives from ever again having the opportunity to make their voices heard about anything, Mozilla wants to uncover who is paying for advertisements on non-left websites, as well as how much they are paying.

Figuring out who is being “targeted” with these ads is also important, Mozilla says, as they, too, need to be silenced and prevented from accessing anything other than mainstream media content and information from “approved” politicians like Joe Biden and Kamala Harris.

Mozilla is further taking aim at platform algorithms to ensure that only politically correct content is “amplified,” especially to the people who need to be indoctrinated the most.

By default, all of the latest Firefox updates will also include “tools” that are designed to “amplify factual voices over disinformation.” These “factual voices” include fake news outlets like The New York Times and The Washington Post.

Finally, Mozilla wants to collaborate with “independent researchers” for the purpose of conducting “in-depth studies” into the ways that Facebook and Twitter impact people throughout society. This, the company says, will help in determining “what we can do to improve things.”

“These are actions the platforms can and should commit to today,” Baker concludes.

“The answer is not to do away with the internet, but to build a better one that can withstand and gird against these types of challenges. This is how we can begin to do that.”

Similar in nature to Microsoft’s NewsGuard plug-in, which tags all mainstream news outlets as “verified” and everything else as “fake,” Mozilla wants Firefox to become yet another information gatekeeper in the web of deep state control over the world.

Needless to say, it is probably a good time to uninstall Firefox and never look back. The browser used to be somewhat trustworthy, but now it is just another cog in the wheel of new world order control over speech, not to mention an affront to the First Amendment to the Constitution.

“Brave is better by every metric,” wrote one Twitter commenter, referring to the popular Brave browser.

More of the latest news about Big Tech censorship can be found at Censorship.news.