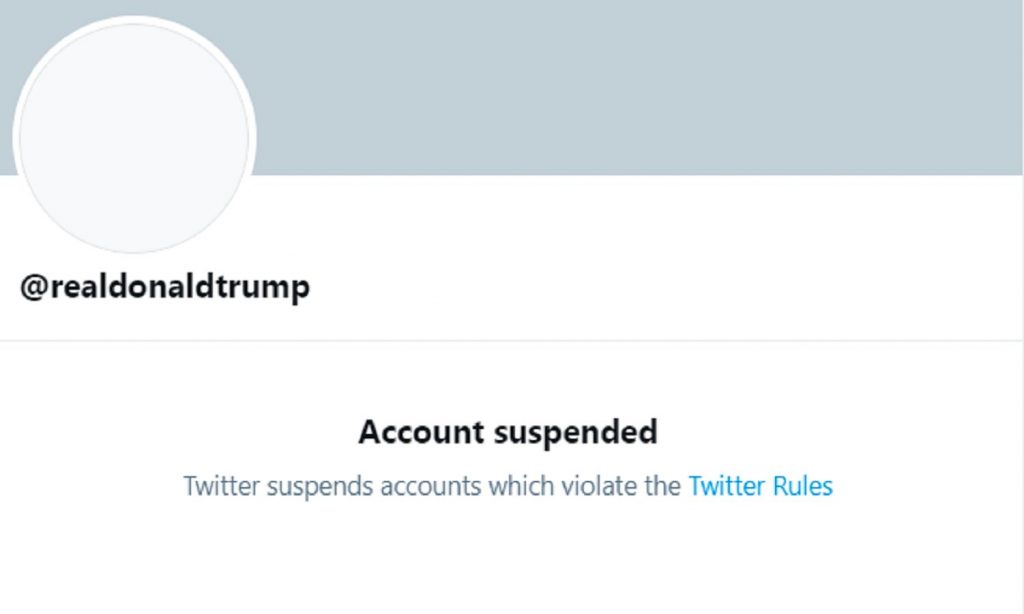 Reports are coming in that he has now joined Parler — and Google and Apple are both now threatening to ban that entire platform.

“After close review of recent Tweets from the @realDonaldTrump account and the context around them we have permanently suspended the account due to the risk of further incitement of violence,” Twitter said in a statement.

They have not deleted the accounts of politicians that supported and promoted the horrific Black Lives Matter riots last year.

Hundreds, possibly thousands, of his supporters and allies have also been banned since the 6th — including prominent figures like General Mike Flynn, Sidney Powell, and Lin Wood.

On Wednesday, the big tech giants flexed their power by issuing temporary suspensions and silencing the President of the United States. He was briefly allowed back on Twitter, but his account has now been terminated.

A Snap spokesperson confirmed to TechCrunch that Trump was locked out and the company will be monitoring the situation.

The Wall Street Journal reported that a spokeswoman for Shopify said President Trump violated the company’s policy which prohibits retailers on the platform from promoting violence.

TORONTO—Online stores run by the Trump Organization and Trump campaign were taken offline on Thursday by Shopify Inc., an e-commerce software provider, in response to Wednesday’s riot at the U.S. Capitol.

The sites were taken down Thursday morning after the company’s trust and safety team, which monitors the platform, decided Mr. Trump’s comments on Wednesday violated the policy, the spokeswoman said.

“As a result, we have terminated stores affiliated with President Trump,” the company said.