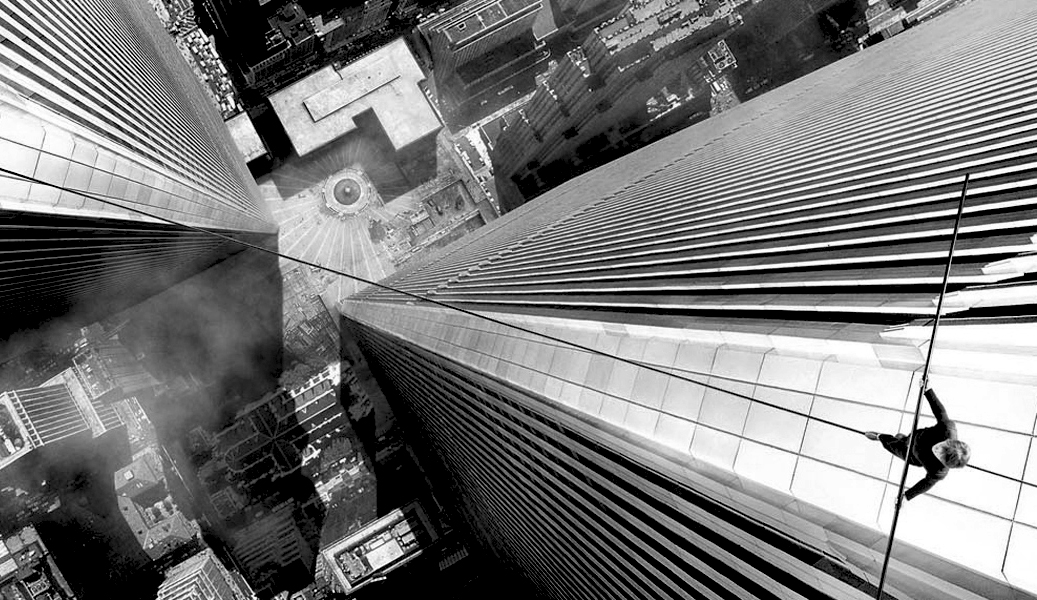 The “pre premiere” viewing of the new Robert Zemeckis movie “The Walk” was tonight. The fantastic and very poetic film that Zemeckis has produced, is a very well made tribute to honor the Twin Towers. The movie has a conscience reminder to always remember the existence of theses monument masterpiece, their history and the people who has perished in them on 9/11.

Gordon-Levitt stars as French tightrope artist Philippe Petit, more than forty years after Petit miraculously walked between the Twin Towers. On the morning of Wednesday, August 7, 1974, in Lower Manhattan, that French tightrope artist Philippe Petit walked on a 200-foot-long wire between the Twin Towers—without a net, without a safety harness, without anything to guarantee his survival.

With thousands of onlookers cheering him on from below, and police officers threatening his arrest up above, Petit spent 45 minutes passing (and performing) between the city’s iconic buildings, completing “the walk” successfully. (He was charged with disorderly conduct and trespassing. The charges were dropped by the D.A. when Petit agreed to do a free aerial show for children in New York City’s Central Park.)

Three decades later, Petit wrote a memoir (To Reach the Clouds), and in 2008, James Marsh’s documentary (Man on Wire) was released (it took home the Oscar for best documentary), chronicling the preparation and the scheming of the entourage that ensured Petit would succeed in a most ambitious and treacherous—not to mention illegal—feat.

Now the feature film—The Walk, will be out in theaters on October 8th 2015, in time for Oscar season. It will be the second film released under Tom Rothman’s newly revived TriStar Pictures, and a spectacle to boot: revered director Robert Zemeckis (Back to the Future, Forrest Gump) shot the film in live-action 3-D, which will amplify not only the viewers’ experience but also their proximity to the walk itself.

On a side note, for these who might wonder where was WTC-7 in the movie; it was only built in 1983, some 9 years after the time frame of this event.

Zemeckis shot in Montreal last summer and brought on board Ben Kingsley (as Petit’s longtime mentor, Papa Rudy), French-Canadian actress Charlotte Le Bon (as Annie, Petit’s then girlfriend), and a slew of young up-and-comers-—including Ben Schwartz, James Badge Dale, and Clément Sibony—to round out his team.

Again, a masterpiece to see and to remember. We will never forget!