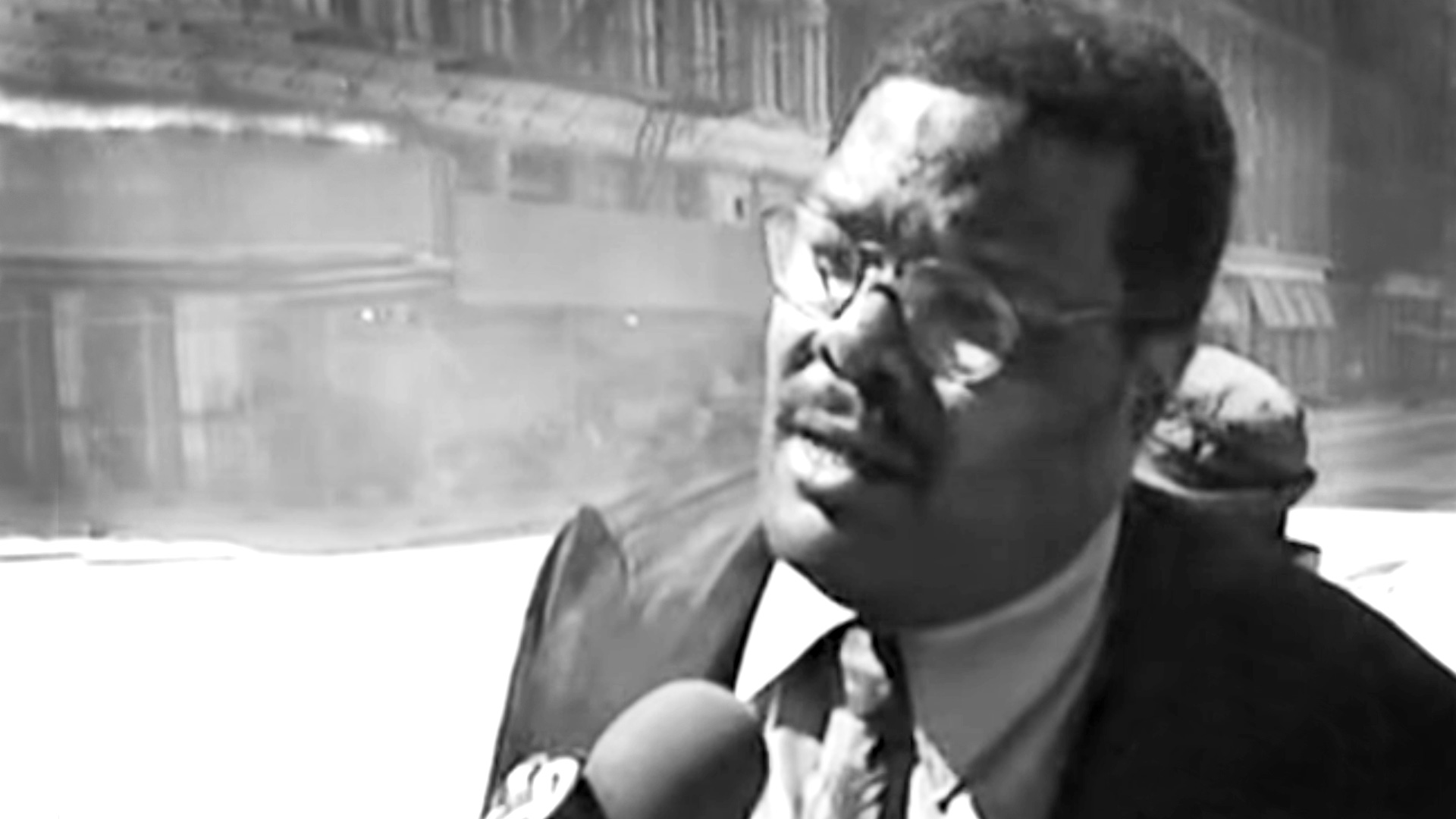 The destruction of World Trade Center Building 7 is still unknown to most members of the general public. But there is someone who was there – and who told his story. He was Barry Jennings, the emergency co-ordinator for New York City’s housing authority. He almost died in Building 7 – from explosions that came from below him as he climbed down to the sixth floor. Oh, and the explosions started before either of the twin towers came down.

“I’m just confused about one thing….why World Trade Center 7 went down in the first place. I’m very confused about that. I know what I heard – I heard explosions,”

Jennings did pass away in 2008 – supposedly of cancer – although some are suspicious of this. Jennings death occurred just two days before the release of the NIST report on the collapse of Building 7. And he had apparently told co-workers that he had been threatened that he would lose his job or his pension if he did not shut up about Building 7.

Jennings had done an extensive interview with Loose Change director Dylan Avery, but later had second thoughts. He indicated that if the interview were used in the film, he could face repercussions at work. Avery hired a private detective to investigate Jennings’ death, but a short time later, the detective returned the money and said, “Don’t ever call me again.” When I first learned about Building 7, I couldn’t believe that a third building had fallen – without having been hit by a plane. And I couldn’t understand why it wasn’t better known. Since then, everything I’ve learned about the story of Building 7 has made me more and more convinced that is was brought down in a controlled demolition that had to have been planned weeks or months before 9/11.

The building housed the largest CIA field office outside Washington, the Security and Exchange Commission, the Secret Service, and the Internal Revenue Service. It also housed the City of New York’s emergency command center – a secure installation that had bomb-proof windows, as well as its own electricity and air supplies. It was built to be Mayor Rudy Giuliani’s headquarters during an emergency. On 9/11 he went somewhere else.

On the morning of Sept. 11, Barry Jennings received a call that the north tower of the World Trade Center had been hit by a plane. He went to Building 7 with New York City corporation counsel Michael Hess. They were headed for the emergency command center on the 23rd floor. When they got there, the place was deserted. Cups of coffee were still steaming and half-eaten sandwiches were left on desks. Here’s what happened in Jennings’ own words:

“After I called several individuals, one told me to leave and leave right away. Mr. Hess came running back in and said, “We’re the only ones up here, we gotta get out of here.”

The two found a stairwell and started to climb down.

“When we reached the 6th floor the landing that we were standing on gave way. There was an explosion and the landing gave way. I was left there hanging. I had to climb back up and walk back up to the 8th floor.”

“The explosion was beneath me… so when the explosion happened it blew us back… both buildings (the twin towers) were still standing,” he added. The two remained trapped in the building (the power had been shut off) during the collapse of the two towers, and for several hours after that.

“All this time I’m hearing all kinds of explosions.”

When they got to the lobby, they found it to be in total ruins. Jennings said he couldn’t even recognize it. “Keep in mind, when I came in there, the lobby had nice escalators – it was a huge lobby. And for me to see what I saw was unbelievable.” The firefighter leading them told them “do not look down” because: “… we were stepping over people, and you know you can tell when you’re stepping over people,” he said (this, of course, conflicts with the official story that no one died in the collapse of Building 7).

They were then told they had to get out quickly because there were reports of more explosions. “I’m just confused about one thing… why World Trade Center 7 went down in the first place. I’m very confused about that. I know what I heard – I heard explosions,” Jennings said. Was Barry Jennings another casualty of 9/11? So far, we don’t know, but there’s good reason to investigate further. If you watch his interview (easily found on You Tube), I think you’ll conclude that he was a credible person, who only wanted to tell the truth. Why people would want to stop him from doing this is just one of the many revealing details about that day.

Listen to Dylan Avery about his encounter with Barry Jennings: