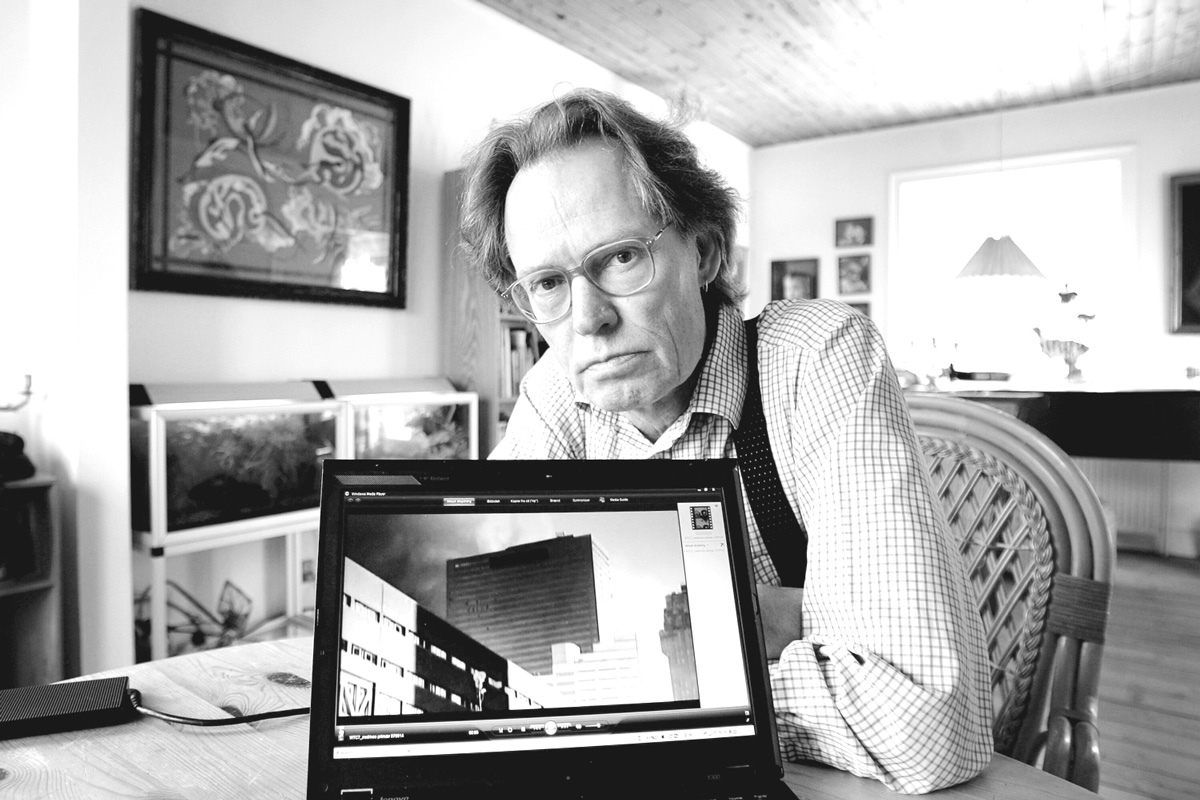 Two weeks from today, Dr. Niels Harrit, the distinguished co-author of the landmark nano-thermite paper, will appear in Danish High Court to bring an appeal in his libel suit against the Danish newspaper Weekendavisen. In a December 2012 article titled “Madness in the Royal Library,” Weekendavisen writer Søren K. Villemoes referred to Dr. Harrit and his fellow 9/11 activists as “crackpots,” while also comparing them to creationists and Holocaust deniers.

. . . Is the library soon going to open its doors to an exhibition showing us ‘alternative’ theories about evolution? . . . Why not just invite in Niels Harrit and the other crackpots from the 9/11 skeptics movement while we are at it? What about the holocaust denial movement? Søren K. Villemoes, Weekendavisen, December 7, 2012

For Dr. Harrit, a scientist who taught chemistry for 40 years at the University of Copenhagan, this amounted to an allegation of scientific misconduct and a baseless attempt to damage his hard-earned reputation. So he decided to seek recourse under Denmark’s strong libel law — and give himself the opportunity to prove in a court of law the scientific legitimacy of his 9/11 research.

The lower City Court ruled against Dr. Harrit in 2013, basing its decision on politics rather than the law. Dr. Harrit, of course, appealed. This time around, he’ll be allowed to submit more evidence, and he is now receiving assistance from attorney Mads Krøger Pramming, chairman of the Danish whistleblower organization Veron. Although Mr. Pramming is providing his services at a greatly reduced rate, he still needs to be compensated for his indispensible assistance to Dr. Harrit. And so we are asking you to make a modest donation to Niels Harrit’s legal fund, and help raise us $15,000 by next week!

Of course, this is about much more than undoing baseless insults. It’s an opportunity for a leader in the 9/11 Truth Movement to show in a court of law that the science behind controlled demolition is not just legitimate, but overwhelming. Moreover, because Dr. Harrit has been a national figure ever since his 2009 appearance on TV2NEWS, the case is likely to be widely covered in the Danish media — especially if he wins!

What the Case Comes Down To

Under Danish libel law, Villemoes has the burden of demonstrating a factual basis for his claim. As a journalist, he must also demonstrate that his reporting meets the standards of good journalism. At the first trial, he did neither. Still, the judge egregiously ruled in his favor. In the High Court, Villemoes will have a much harder time, because Dr. Harrit is being allowed to submit more evidence — namely, the video of WTC 7’s destruction, as well as an actual sample of the WTC dust, which Dr. Harrit will use to demonstrate the dust’s authenticity, and therefore his good scientific conduct.

Dr. Harrit will also call two witnesses. One, Jan Utzon, is a world-renowned architect and AE911Truth petition signer who testified previously. The other, Dr. Per Hedegård, is a physics professor from the University of Copenhagan’s Niels Bohr Institute. His statement to a newspaper in 2010 dismissing Dr. Harrit was the only evidence used by Villemoes at trial.

Today, Dr. Hedegård has completely reversed his position and insists on testifying in support of Dr. Harrit! Thanks to Dr. Harrit’s relentless pursuit of the truth, we now have an incredible opportunity to achieve some symbolic justice for all 9/11 researchers and activists. You can learn more about the case by reading our recently published article.

A Thank You Message from Dr. Niels Harrit:

Dear Friends in the 9/11 Truth Community,
Thanks to you, we have raised the funds needed to cover the legal expenses for my forthcoming libel suit against the Danish newspaper Weekendavisen.

I would like to thank you from the bottom of my heart for this unbelievable show of generosity. Your support is deeply moving, and it gives me great encouragement as I go forward. I am honored that so many of you contributed and will be paying close attention to what happens.

On March 12, 2015 – one week from today – I will appear in Danish High Court to argue before a three-judge panel that Søren K. Villemoes of Weekendavisen was without factual basis in labeling me a “crackpot” and comparing me to creationists and Holocaust deniers.

This offense makes him guilty of libel under Danish law. I will present as evidence in my case the video of WTC 7’s destruction, a WTC dust sample, and testimony from two expert witnesses. If you would like to know more about the case, I encourage you to watch this recent interview with me at the Danish Royal Library.

I hope that my case will serve as a significant step forward in our efforts to break down the wall of resistance to 9/11 Truth. I am eternally grateful to you, our remarkably dedicated community of activists, for making this possible.