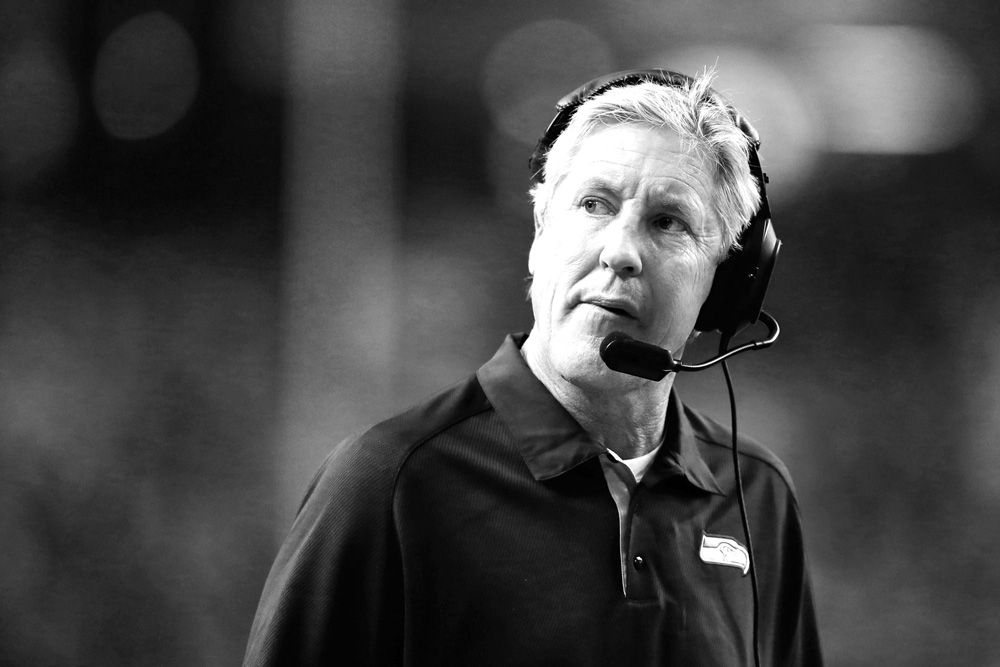 Two years ago, Carroll met with former Army chief of staff and four-star general Peter Chiarelli and, according to Deadspin citing “sources,” brought up many popular conspiracy theories concerned with the “alleged” attacks of Sept. 11, 2001, on the World Trade Center and quizzed Chiarelli about their veracity.

When asked by USA TODAY Sports on Tuesday about the “9/11 Truth Movement” and supporters who back him, Carroll made no attempt to deny his interest.

“Any notoriety is good I guess,” Carroll said, when told by USA TODAY Sports how he had become a favorite among Truth activists.

“I will always be interested in the truth, yeah.”

The 9/11 Truth Movement is polarizing, so having even the implied support of a high-profile and successful figure such as Carroll has been a welcome boost.

“He kind of became an instant celebrity in the 9/11 Truth movement,” said Danny Torgersen, a member of the 9/11 Studies and Outreach group at Arizona State. “He’s won the Super Bowl once, he might win it again. That’s lots of credibility and popularity.”

Last year’s Super Bowl came with a surprising twist, when a Brooklyn man, Matt Mills, managed to bluff his way into the media entrance at the end of the Seahawks‘ 43-8 victory over the Denver Broncos.

As Malcolm Smith was being presented with his MVP trophy, Mills rushed onto the podium and grabbed the microphone before security could intervene. “Investigate 9/11,” he said. “9/11 was perpetrated by people within our own government.”

Unsurprisingly, Mills’ stunt created a flurry of activity on social media, which for him, was mission accomplished.

“Really my memory of last year is that ‘Investigate 9/11’ was trending worldwide the next day,” Mills told USA TODAY Sports in a telephone interview.

“I am pretty proud to have helped make that happen.”

Last year, he told the Seattle Times his feelings on how the Iraq conflict could have been handled differently in an impassioned interview.

“Let’s say, after all the stuff that we heard about what was going on in Iraq, we sent 10,000 people to Iraq as peacefully as we could go,” Carroll said. “And we walked wherever they would let us go, and we just talked to people and listened to what their issues were.

“And then we tried to figure out the best way we could support them and change things, as opposed to bombing (expletive) thousands of people with shock and awe. It might’ve taken us longer to influence change, but nobody would’ve died.”

Those comments further emboldened some in the Truth community, feeling a sense of connection with Carroll as someone who did not automatically agree with the actions and statements of the U.S. government.