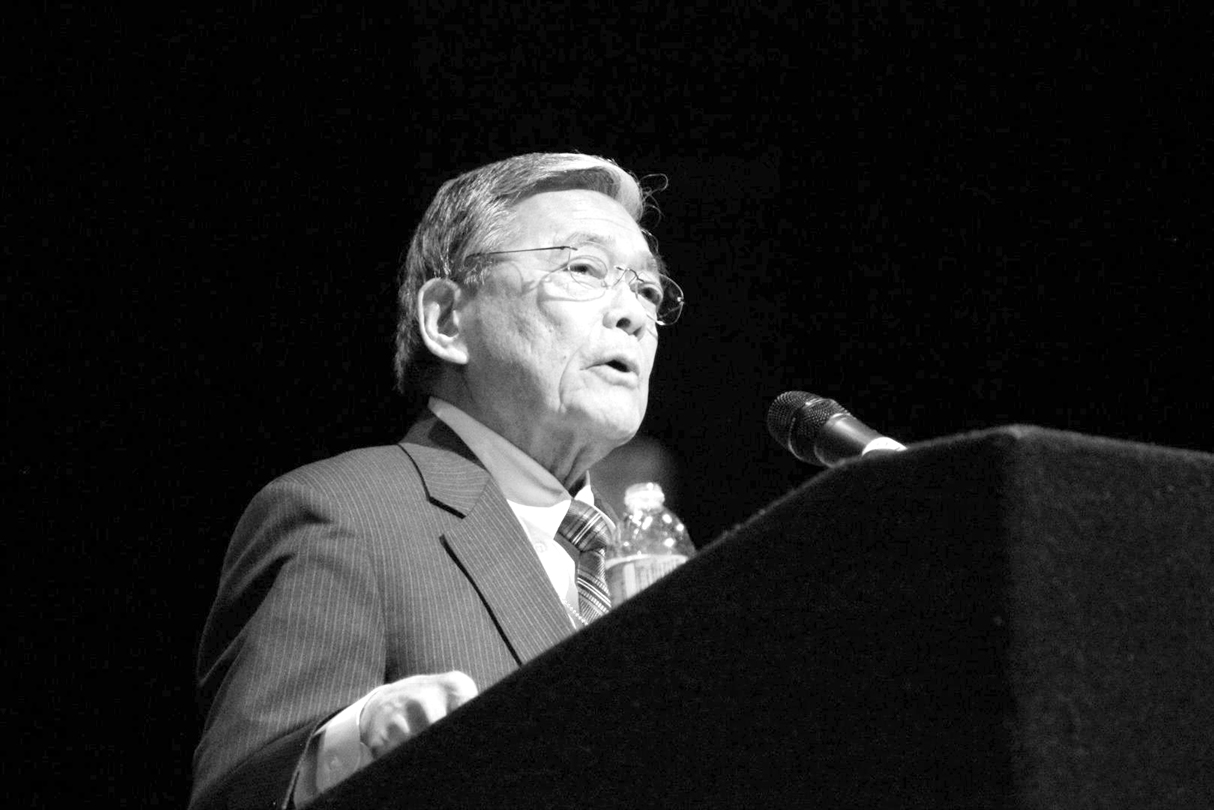 Americans who rely solely on mainstream media might easily be under the assumption that the 9/11 Commission Report put the questions about what happened on 9/11 to rest. Despite relentless harping on the issues above and by some counts over one hundred others by a legion of writers, researchers and activists, the mainstream media has avoided thoughtful analysis of the Commission Report like the plague. The best explanation for this might be that the 9/11 Commission Report is essentially a house of cards. As soon as you touch it, it falls apart completely.

As David Ray Griffin aptly pointed out in his book “9/11 Photo of Cheney, Rice, Matlan, etc. in White House PEOC Commission Report: Omissions and Distortions”, the most obvious example of the infidelity of the Report can be found when comparing the testimony of Secretary of Transportation Norman Mineta to the findings of the Commission. The hearings of May 22-23, 2003 were the second public hearings of the Commission and the first to focus on the actual events the day of 9/11.

Secretary Mineta recounted to the Commission his experience on the morning of 9/11 from the time he was notified of the first plane hitting the WTC, to his experience at the Presidential Emergency Operations Center (PEOC) along with Vice President Cheney and staff. Unlike Donald Rumsfeld who claimed to be “out of the loop“, and Myers who was not disturbed from breakfast with Max Cleland, Mineta was able to provide a full account of his experience that morning. Mineta testified that he arrived at the PEOC at 9:20 a.m. and that Vice President Cheney was already present with his staff. 9/11 Commission Report states that Cheney himself arrived at the PEOC at 9:58, a stunning 38 minute contradiction to Mineta’s testimony. When questioned about this, representatives at the National Archive stated that the video may have been lost because of a ‘snafu’. Following is a brief summary of the scrubbed video along with links to recently obtained C-SPAN video.

Mineta responds to an opening question by Commissioner Hamilton about the events in the PEOC and an alleged shoot down order. He describes a conversation between Cheney and a young man:

Mineta explains that while he had not known it at the time, he had surmised that the standing order the young man asked about must have been a shoot down order. Hamilton, looking a bit confused, seeks clarification about which flight the conversation was regarding, and Mineta once again clarifies that it is the flight that hit the Pentagon at 9:37 a.m. on September 11. There was good reason for the quizzical expression on Hamilton’s face. Secretary Mineta had thoroughly trashed previous accounts of the PEOC activities that had been published in the press. In a CNN piece dated 9/11/02, the timing of events had been represented differently. According to CNN:

“After the planes struck the twin towers, a third took a chunk out of the Pentagon. Cheney then heard a report that a plane over Pennsylvania was heading for Washington. A military assistant asked Cheney twice for authority to shoot it down.”

In the CNN piece Cheney aid Josh Bolton describes the same exchange between Cheney and the young man that Mineta did, but Bolton ties the exchange to “a report that a plane over Pennsylvania was heading for Washington”. This is the official White House legend, the one adopted in the White House produced 9/11 Commission Report, the one exposed by Mineta. Hamilton follows with a question about Flight 93:

Hamilton: “With respect to flight 93, what type of information were you and the Vice President receiving about that flight.”

Mineta: “The only information we had at that point, was when it crashed.”

Mineta ultimately expressed the obvious, that the standing order was an open question only Cheney could answer. The fact that the 9/11 Commission Report discarded his testimony has never been explained. Secretary Mineta did not respond to an open letter addressed to him. It is not known whether the letter got past his spokesman Robert Johnson, who did not respond to multiple messages. It might be worth noting that Johnson was formerly the spokesman of Arizona Congressman Jon Kyl, who was meeting the morning of 9/11 with Porter Goss, Bob Graham and at the time Pakistan ISI Intelligence Chief Mahmood Ahmed. Ahmed was linked to the wiring of $100,000 to Mohammed Atta.

If Mineta’s testimony is to be taken into account, and there is no apparent reason why it should not be, questions about the timing of events the morning of 9/11 come into focus. Most obvious is, if the standing order given by the Vice President prior to the aircraft hitting the Pentagon was not a shoot down order, then what was it? Perhaps it was the danger of this question, and the danger that Cheney would have had to commit perjury to Photo of Dick Cheney uphold the timeline reported in the mainstream press, that caused the Vice President to testify to the Commission along with the President in closed session, with no transcript, no witnesses, and no public accountability.

Today, multiple serious investigations are underway as to the evidence used by the Bush administration to justify the war in Iraq (Plame/Wilson incident), and when the administration actually decided to invade Iraq (Downing Street Memos). In fact, it is widely known that Bush declared his desire to invade Iraq to an official biographer in 1999, even before he was appointed President by the Supreme Court. Given what is known today about the deceiving of the American public in order to justify the invasion of Iraq, and given what is known about the 9/11 Commission Report and the unanswered questions surrounding the attacks of 9/11. Is there not sufficient reason to include 9/11 in the overall inquiry into possible criminal actions of the Bush-Cheney administration?